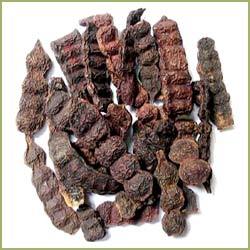 Acacia concinna is a tree native to Asia, common in the warm, plains of central and south India.The tree is food for the larvae of the butterfly Pantoporia hordonia. Alkaloids are found in the tree's fruit.

Acacia concinna has been used traditionally for hair care in the Indian Subcontinent since ancient times. It is one of the Ayurvedic medicinal plants. The fruit is known in India as shikakai (hindi: शिकाकाई, śikākāī; in Sanskrit Saptala). Shikakai, "fruit for hair", is a traditional shampoo used in India. In order to prepare it the fruit pods, leaves and bark of Acacia concinna are dried, powdered and made into a paste.
While this traditional shampoo does not produce the normal amount of lather that a sulfate-containing shampoo would, it is a good cleanser. It is mild, having a naturally low pH, and doesn't strip hair of natural oils. Usually no conditioner is needed, for shikakai also acts as a detangler.
Acacia concinna extracts are used in natural shampoos or hair powders and the tree is now grown commercially in India and Far East Asia. The plant parts used for the dry powdered or the extract are the bark, leaves or pods. The bark contains high levels of saponins, which are foaming agents that are found in several other plant species. Saponin-containing plants have a long history of use as mild cleaning agents. Saponins from the plant's pods have been traditionally used as a detergent, and in Bengal for poisoning fish; they are documented to be potent marine toxins. 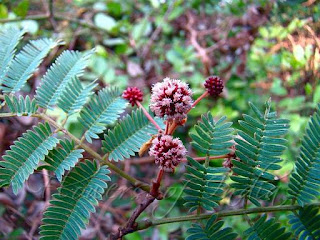 In commercial extracts, when the plant is hydrolyzed it yields lupeol, spinasterol, acacic acid, lactone, and the natural sugars glucose, arabinose and rhamnose. It also contains hexacosanol and spinasterone. The saponin of the bark has spermicidal activity against human semen. It appears to have a hormonal effect, leading to its use for contraceptive purposes.
The leaves have an acidic taste and are used in chutneys. They contain oxalic, tartaric, citric, succinic and ascorbic acids, as well as two alkaloids, calyctomine and nicotine. An infusion of the leaves has been used in anti-dandruff preparations. Extracts of the ground pods have been used for various skin diseas
प्रस्तुतकर्ता Dr Navin Joshi at NPAFc पर 11:35 pm