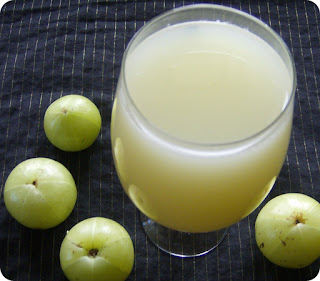 Considered as the best herb in ayurveda having extreme regards in the minds of herbalist world-wide. it is considered as a single herb treatment for almost every disease present on the face of the earth. It helps in maintaining the balance in all the three doshas that is vital for proper functioning of the body. Amalaki also known as amla is one of the riches source of Vitamin C is also blessed with very important bioflavonoids, flavones and polyphenols along with certain carotenoids.

Dosage
1 or 2 capsules twice daily with meals. Allow several weeks for long lasting benefits. Natural products treat not just the symptoms but the body as a whole and take time for absorption and results.

Amla Research and Clinical Studies
Amla has been identified to have potent antioxidant, immunomodulatory, antistress properties. Apart from its medicinal use it is widely used in traditional hair and skin care formulations. Aside from Vitamin C, Amla's mineral and vitamin contents include calcium, Phosphorous, iron, carotene, carbohydrate, thiamine, riboflavin. Its strong antioxidant properties are due to its small molecular weight tannoid complexes.

In a study carried out by scientists at the Faculty of Pharmaceutical Sciences, Nagasaki University, in Japan, amla extracts were found to be able to prevent the growth of cancerous cells in the stomach, skin and womb (Biol Pharm Bull. 2004 Feb;27(2):251-5).

Scientists from the Biochemistry Division, National Institute of Nutrition, Hyderabad, in India, found that amla is able to block a chemical called aldose reductase, which has been heavily implicated in causing cataracts in diabetic patients (Mol Vis. 2004 Mar 12;10:148-54).

Several animal studies have shown that amla can help prevent a toxic build-up of heavy metals - caused by frequent exposure to metals like aluminium, lead and nickel. When vitamin C alone was used - equivalent to that found in amla fruit - only partial protection from heavy metals was provided. However, when the whole amla fruit was used almost complete protection was achieved. This indicates that it is the combined action of the various ingredients found in the fruit that effectively helps shield DNA from heavy metal poisoning (Dhir, H.A. Agarwal; A. Sharma, and G. Talukder. Cancer Letters 59.9 18, 1991; Giri, A.K. Cytologia 51, pp 375-380, 1986).

Clinical studies were conducted to investigate the effect of Amalaki in amlapitta (gastritis syndrome). Amalaki churna was given in 20 cases in a dose of 3g., thrice a day for seven days. The drug was found effective in 85 per cent of cases. Cases of hyperchlorhydria with burning sensation in abdominal and cardiac regions and epigastric pain were benefited.